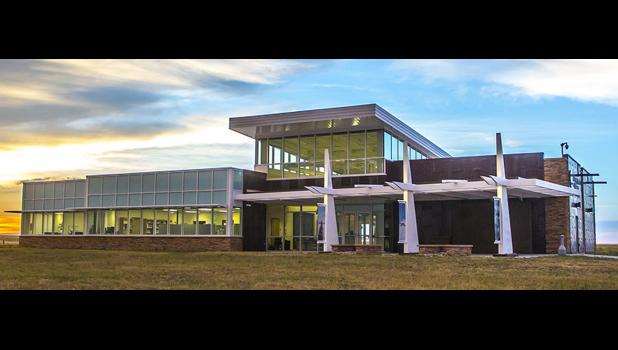 The National Park Service will dedicate a new visitor center and exhibits at Minuteman Missile National Historic Site during a public ceremony Sept. 24.
The staff and volunteers of Minuteman Missile National Historic Site invite the public to a grand opening ceremony for park’s visitor center at 1:00 p.m. The center is on the north side of exit 131, Interstate 90.
The visitor center is a public venue for examining the challenges and paradoxes of the Cold War. New interactive exhibits share stories of the technology that made it possible, service men and women, citizens near and far who feared the worst, the call for civil defense, and leaders at home and abroad who led the world to the brink of war and back.
Presenters include Cam Sholly, National Park Service midwest regional director, Eric Leonard, superintendent of the site, and Colonel Lloyd Buzzell, vice commander of the 20th Air Force.
Minuteman Missile National Historic Site preserves a launch control facility and associated nuclear missile silo of the Minuteman II intercontinental ballistic missile, interpreting the land-based portion of America’s nuclear defense during the Cold War era and the people and events associated with this recent period of American history. These will be the first permanent visitor center and exhibits since the park was established in 1999.
The center hopes visitors will reflect on a peaceful prairie that once held the power to destroy the world. Funded by the National Park Service and the Air Force, the 7,000 square-foot facility incorporates both a visitor center with interpretive space as well as administrative offices.
While the building was completed in late 2014, comprehensive interpretive exhibits were finished and installed this past spring. Located at the eastern gateway to Badlands National Park, the visitor center can accommodate large numbers of visitors. In 2015, park visitation saw a 62 percent increase to a record 100,488. Through August 2016, visitation for the year in progress is 103,916, an increase so far of 34 percent over last year’s record.
“We welcome the public to join us in celebrating the completion of the visitor center and exhibits. This is an exciting milestone for South Dakota’s youngest national park site,” said Leonard.
The park consists of three sites along a fifteen mile stretch of Interstate 90 in western South Dakota. Authorized by Congress in 1999, Minuteman Missile National Historic Site preserves components of the Minuteman II intercontinental ballistic missile system, interpreting the deterrent value of the land-based portion of America's nuclear defense during the Cold War era and commemorating the people and events associated with this recent period of American history. The park is open daily 8:00 a.m.  to 4:00 p.m. except Thanksgiving, Christmas, and New Year’s Day. More information about the park is on the internet at www.nps.gov/mimi or by phone at: 605-433-5552.