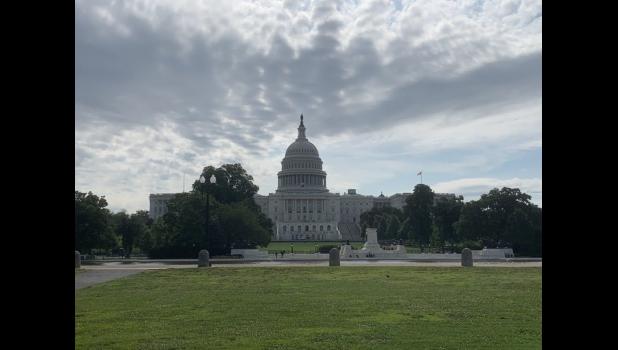 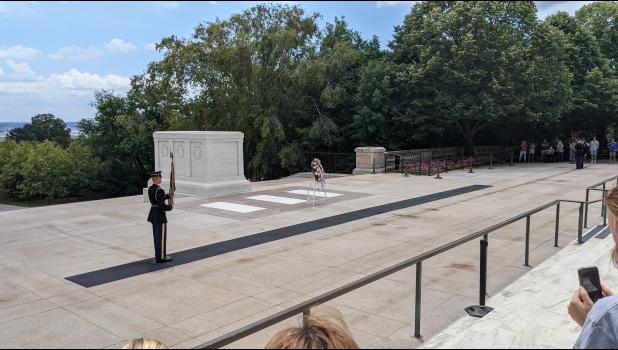 When Carson Daly received an invitation in the mail to attend the National Youth Leadership Forum held at the National Security Camp in Washington DC, he was all in. The senior at Philip High School was recognized for his PSAT testing score and his background in Western South Dakota.
This was Carson’s first trip to Washington DC. He left on June 27th for the week long trip last summer. It was a great learning experience noted Daly. “My main reason for going was to learn about national security. The other experiences in DC were a big bonus,” said Daly.
Traveling by himself, he had the opportunity to visit the National Museum of Marine Corps, the Tomb of the Unknown Soldier, and the Changing of the Guard. He also visited the Smithsonian. “We visited the Smithsonian,” said Daly, “but we didn’t get to go inside any of the museums that were a part of it. Normally the campus would have been on the George Mason University campus but due to Covid restrictions, we were limited on a number of things that would have been nice to see, including the museums at the Smithsonian."
Daly declared that the most interesting place to visit was the National Museum of Marine Corp, although he was unable to visit any of the congressmen.
“On most years there are scholarships that you can apply for to get a trip to D.C.,” said Daly. "In my case, it was going one extra step and taking the PSAT, and being fortunate enough to be chosen, that got me there.” Daly was the only student to make the trip from South Dakota. “I would highly recommend to anyone to take at least one trip to D.C., whether you were awarded a scholarship or not. I had an excellent time and hope to go back again to see the things, I unfortunately missed out on.”