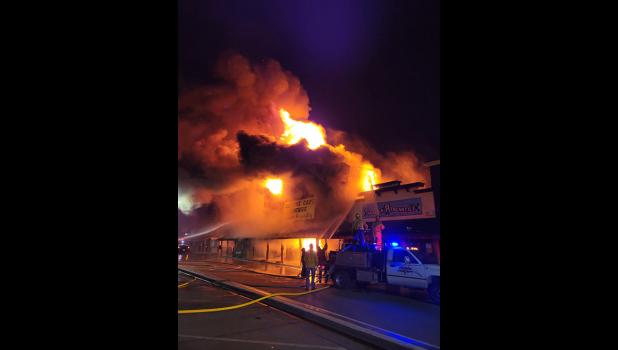 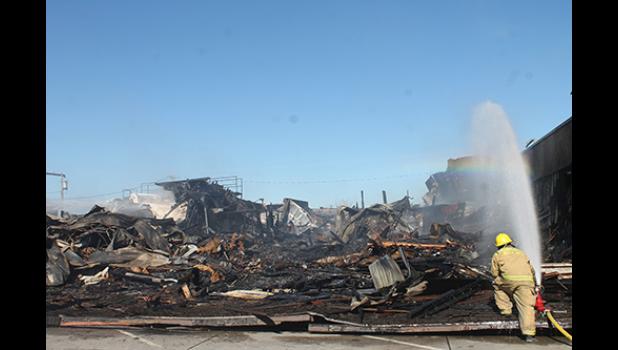 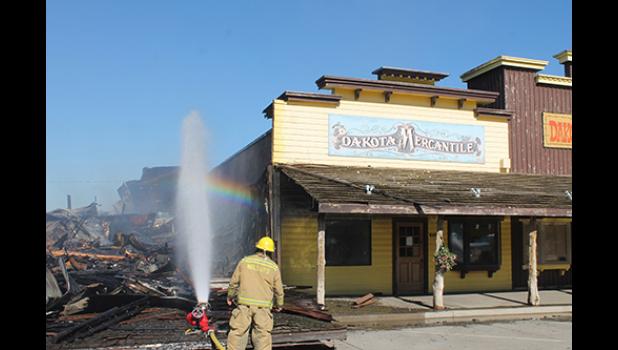 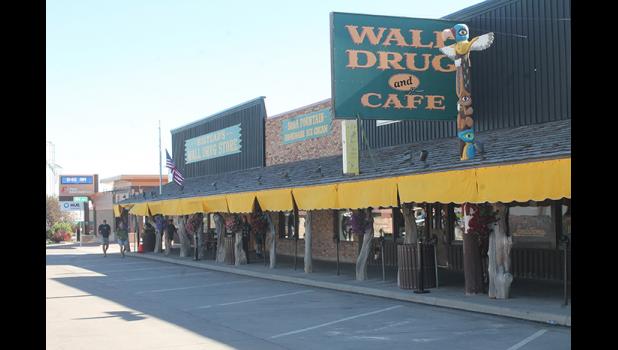 Cactus Cafe & Lounge building gone, Fire Dept. saves remaining local businesses on west side of Main St.
Just before 9:00 p.m. on Monday, June 20, multiple fire departments addressed a major fire at the Cactus Cafe and Lounge in downtown Wall. According to the Pennington County Fire Administration, those who arrived on scene first found heavy smoke conditions and a free burning fire "extending into the roof assembly of [the] commercial structure with residential occupancy." They immediately struck a second alarm, later amounting to multiple alarms.
The fire burned through the night and was contained to the immediate area of the building, although the structure itself was lost completely. The neighboring building on the cafe's north side (formerly Dakota Mercantile) appears to have been left with minor damage, although it was reported that this building had not been in use following the pandemic. No harm was reported to have come to civilians, firefighters, or domestic animals, and the Black Hills Fire Chaplains Association had been aiding the occupants as well.
Mayor Mary Williams stated that, as of 9:00 a.m. on Tuesday, the cause of the fire was still under investigation. Firefighters were still on scene at the time working to keep the fire under control while, across the street, Wall Drug was still able to open its doors at 10:00 a.m. to tourists and local customers alike.
The Wall Fire Department and those assisting did an excellent job working to keep the fire contained. Departments responding and assisting the Wall Volunteer Fire Department include the Pennington County 911, Pennington County Sheriff's Office, Winner Police Department Dispatch, Custer County Communications, South Dakota Highway Patrol, Piedmont Fire and Ambulance Service, fire departments of Rapid City, Battle Creek, and the Ellsworth Airforce Base, the South Dakota State Fire Marshall's Office, and the volunteer fire departments of Interior, Quinn, New Underwood, Wasta, Black Hawk, North Haines, Box Elder, Rapid Valley, Johnson Siding, Dody, Rockerville, Fairburn, Whispering Pines, Philip, Kadoka, Scenic, Custer, and Rochford. The West River Electrical Cooperative was also of assistance.