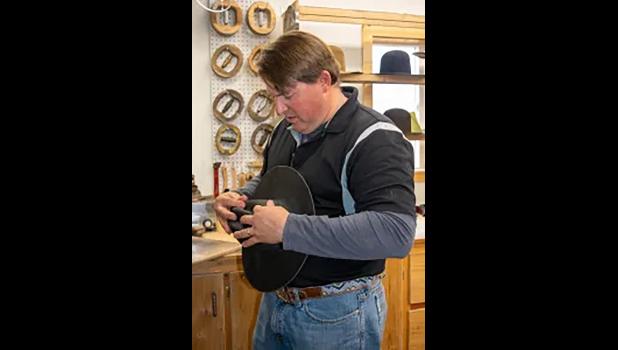 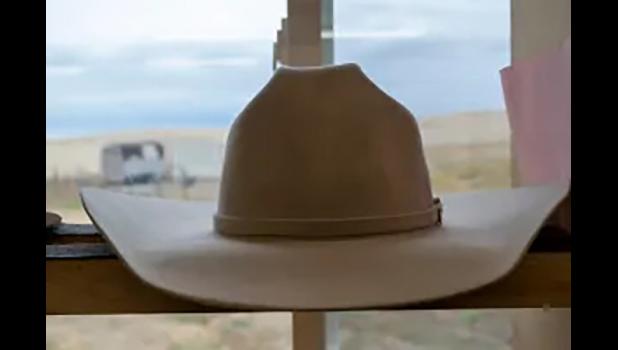 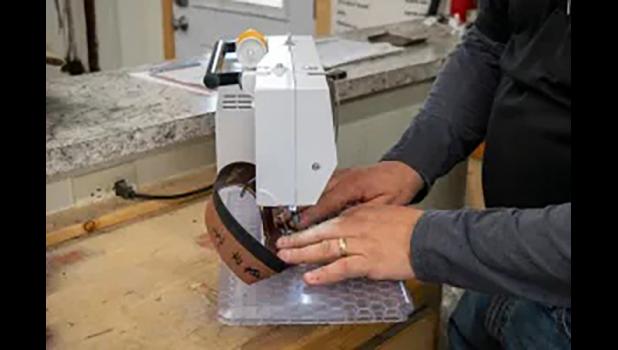 By:
Shared with permission from Golden West’s theexchangesd.com

Some people wear a lot of hats, but Brad Montague’s got them all beat. The New Underwood res- ident and owner of Star of the West Hat Company churns out be- tween 700 and 800 hats a year. That’s after slowing his pace.

“One year, I just kept push, push, pushing,” Brad says. “When I came home on New Year’s Eve, I was at 896. And I said yeah, that’s a huge number and it’s really cool. But tomorrow it’s zero. So, I told myself I wasn’t going to go that hard again.”

Working with His Hands

Brad was born in Rapid City but grew up in Fruitdale, a small com- munity in rural Butte County. He began working with his hands at a young age, taking up carpentry at 14. Shortly after graduating high school, he and Lawonza — his fu- ture wife — moved to Rapid City. There, he found work with a heat- ing and air conditioning company, but the seasonal nature of the business made it difficult to count on steady work.

“Most of what we were doing was new construction,” Brad re- calls. “So, when fall rolled around, we were slowing down.”

To keep busy, Brad took a job for Work Warehouse, a Western cloth- ing retailer. He’d been shaping his own hats for years; when his em- ployer figured out he had that skill, they put him in charge of their hat department. Brad planned on working there during the winter and going back to his HVAC job when spring rolled around again, but it didn’t take him long to decide he was better off staying put.

“They paid me just as much money and I didn’t have to freeze all winter and overheat all summer,” he says.

It wasn’t long before Todd Christiansen, owner of Star of the West, offered Brad a job. Within six months, he had learned to build hats from scratch and was running the shop while Todd de- voted more time to selling real es- tate. The plan had been to buy into a partnership in 10 years, but Todd decided to pursue a full-time real estate opportunity in Arizona, so the timeframe was moved up. He sold the business to the Mon- tagues on December 31, 2002 — just four years after Brad first walked through the door.

Eighteen years later, Brad is still going strong. He averages threehatsaday—and70to75 percent are custom builds. He’s provided hats for the Rapid City Rush; Hell on Wheels, a Western- themed AMC television series; the FX series Fargo; and Peyton and Eli Manning, among others. But his favorite hat was one he built for country singer Bobby Bare.

“Bobby came in the shop and I ended up building a hat for him,” Brad says. “I got to hang out with him when he played in Deadwood with T.G. Sheppard, Eddy Raven, and Leroy Van Dyke. They wanted me to come backstage. I’m like, no offense, but these are legends — I want to be out front. When am I going to see this concert again?”

After more than two decades in Rapid City, Brad closed the retail store, built a workshop on his property in New Underwood, and moved operations there in 2020. The Montagues had been living in New Underwood since 2009, want- ing to be closer to family and give their kids, Kade and Taylin, the opportunity to attend a smaller school. Other factors went into the deci- sion, including escalating business costs in Rapid City and the con- stant commuting back and forth. Still, closing a successful retail lo- cation wasn’t easy.

“I was kind of paranoid about moving out of Rapid after the store had been there for so many years,” Brad recalls. “I was worried whether customers would follow me, how I would do my display hats, stuff like that.”

His fears proved unfounded. Brad set up a deal with Triple R Tack in Rapid City to display his hats, and Lawonza works for an insurance company in town three days a week if there are items to drop off. It’s the best of both worlds now.

“I get to have a presence in Rapid without all the overhead and headache that comes with it,” he says.

Even in an off-the-beaten-path location miles down a gravel road, two or three people still make the trek to Star of the West most days.

Brad says operating in a rural community underscores just how important Golden West is to his business ... especially given the hilly terrain.

“I’ve got a cell tower that’s right over the hill and another one back there, but without Wi-Fi on my phone, I don’t have any service right here,” he says. “I count on Golden West for my phone and in- ternet. Emails back and forth. I do a lot of bill paying online. Without them, I’d be running up a hillside, trying to pull up stuff on my phone.”

Brad plans to continue making hats as long as he is able. Years of carpentry and building hats by hand, coupled with more broken bones than he can count, have taken a toll on his hands. Even- tually, he figures he’ll teach some- body the ropes and have them take over the business, but that won’t happen for a while.

Only then will Brad Montague hang up his hats for good.