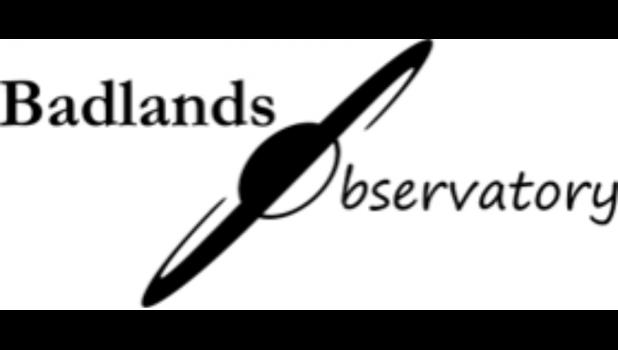 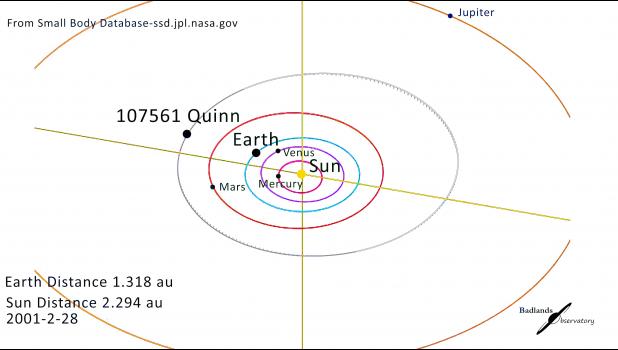 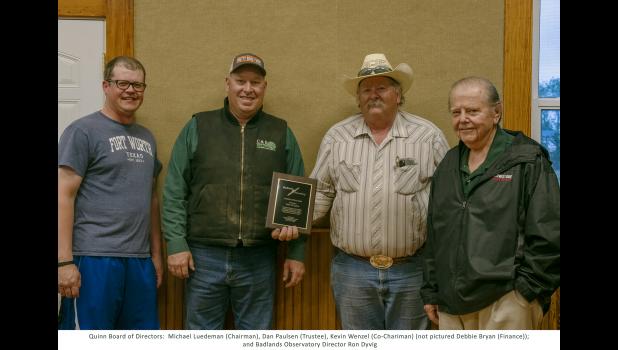 Asteroid named after Town of Quinn

Ron Dyvig, Badlands Observatory Director, presented a plaque to the Board of Directors of the Town of Quinn on June 6, 2022 commemorating the naming of Asteroid 107561 Quinn.

The asteroid was discovered at Badlands Observatory on February 28, 2001. Dyvig received discovery credit on 25 main belt asteroids over ten years of research as a participant in NASA’s Spaceguard Survey which collected data on the orbital elements of asteroids with potential Earth crossing orbits. The program was established to catalogue and map asteroids larger than one kilometer in diameter in an effort to identify those that could be hazardous.

Discoverers can recommend names to the International Astronomical Union. Badlands Observatory received notification on April 11, 2022 that the name Quinn was accepted for Asteroid 107561.

Asteroid 107561 Quinn joins 26715 South Dakota and 123794 Deadwood as asteroids named for the State and its cities and towns by Dyvig.