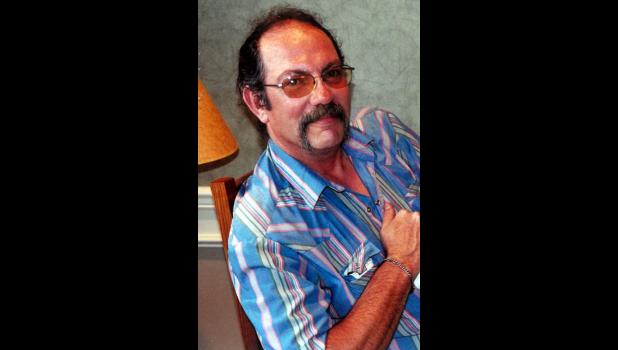 William “Chuck” Charles Jakeway, Jr. was born on June 17, 1960 in Kadoka, SD to William Jakeway, Sr. and Marilyn (Wilsey) Jakeway.  William made his journey to the Spirit World on September 3, 2022 at the Monument Health Home Plus Hospice in Rapid City, SD.
Chuck was born at the Kadoka Hospital on June 17th, 1960.  Chuck enjoyed fishing and playing cribbage with his sons, watching the New York Jets and NASCAR whenever possible.  One of the last things Chuck was able to do was go with his son JT to the Black Hills Speedway one week before his passing, together JT and Chuck made a memory that will be cherished by JT forever.  Two weeks prior to his passing Chuck was also able to spend time with his eldest son, Dylan and his family, Kellee and William, and spent some very special time with them.  Chuck loved his family very dearly and spent as much time as he could with each of them.
Chuck loved it when Will wrestled and stayed up with his matches on video.  For many years, Chuck drove truck and worked with heavy equipment, his first job was in Pierre working road construction.  He was involved in building several roads and bridges throughout the state.  Chuck moved to Washington State where he transported apples to California and hauling meat back.  After some time in Washington State, Chuck moved to Wyoming where he worked for the State Highway Dept. and for Propane Services in the Gillette area.  Chuck was a very hard worker until he had some medical issues that made it where he could no longer do a lot of things that he enjoyed.
May Chuck rest in peace with rock-n-roll music always playing in the background.  Chuck will forever be in our hearts.  Don’t be sad, for he’s not mad at anyone anymore, rest in peace Dad-we all love you now and forever.
Grateful to have been a part of his life are his sons, Charles Dylan (Kellee) Jakeway and Jerett “JT” Jakeway; grandchildren, William Jakeway, Jerett, Jr., Laila, and Bridgette Jakeway; very special friend, Cathy Stone; sisters, Yvonne (Rick) Mayfield and Lynette Jakeway; and uncle, Ronny (Alice) Jakeway.
William was preceded in death by his parents, William, Sr. and Marilyn (Wilsey) Jakeway; grandparents, Sarah & Charles Jakeway; and uncles, Bud and Jerry Jakeway.
Honorary pallbearers will be Cathy Stone, Gary Matz, and William, Jerrett, Jr., Laila, and Bridget Jakeway.
Celebration of Life Services: 10:30 AM, Saturday, September 17, 2022 at the T&T Center in Wanblee, SD with a luncheon to follow.
Officiating:  Lay Minister Rita Brown
Traditional Lakota Services:  To Be Announced
Burial Services: To Be Held At A Later Date
Memorial condolences can be mailed to the family at PO BOX 84, Kadoka, SD 57543.
Arrangements entrusted with Sioux Funeral Home of Pine Ridge, SD.