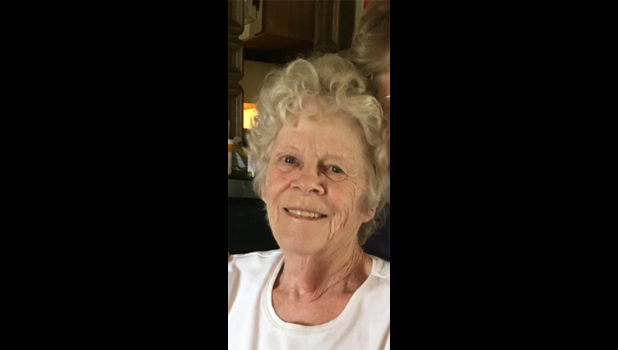 Per her wishes, no formal services will be held for Rose M. Iversen, 82, of Chamberlain, S.D.
A public celebration of life will be held on Thursday, July 9, from 4:00 p.m. to 7:00 p.m. at Charly’s Restaurant and Lounge in Chamberlain, S.D.
Internment of her ashes will be at a later date at the Murdo Cemetery in Murdo, S.D.
Rose died peacefully and surrounded by her family on Sunday, June 28, at her home in Chamberlain, S.D..
Rose was born on March 22, 1938, in Aberdeen, S.D., to Howard and Genevieve North.  Rose graduated from Murdo High School in 1956.
She married Loren Wayne “Skip” Iversen on January 31, 1959. The two raised three children; Foster, Joel and Holly.
In addition to raising her children, Rose always held employment. She spent decades in administrative assistant roles for the Mitchell School District in Mitchell, S.D. and St. Joseph’s Indian School in Chamberlain, S.D. She returned to work at St. Joseph’s Indian School in her later years as a mailroom processor.
Rose lived a life of generosity and kindness. As the first owners of a color TV in Murdo, S.D., everyone was invited to watch. When a dinner or cookout was held, everyone was given their fill. In Chamberlain, visitors were always welcome. From her seat at the kitchen table she claimed to have “drank and served enough beer to float a battleship.”
In her retired years, she enjoyed driving around Chamberlain and sharing the daily gossip; there wasn’t much that got by Rosie. She also loved spending time at the Lode Star Casino and was particularly fond of all the casino employees that treated her so well over the years.
In her final days, Rose was happy to say that she had lived her life to the fullest and had absolutely no regrets. She got to enjoy one last Miller Light and listen to her favorite musicians like Floyd Cramer and The Statler Brothers. Rose was blessed to spend her remaining weeks being visited by family and friends from around the nation.
Rosie was “everyone’s grandma” and will be dearly missed by all who knew her.
Grateful for having shared her life are her husband, Skip Iversen; her children, Foster and wife Tammy of Chamberlain, S.D.; Joel of Murdo, S.D.; Holly Iversen and husband Kevin Kirchner of Ladd, Ill.; her grandchildren, Nathan, Carly and Casey Iversen of Chamberlain, S.D. and Taylor Rice (Iversen) and husband Adam of Absarokee, Mont.; great grandson Titus Rice; her sisters, Rita Johnson of Buffalo Wyo., and Carol Mertens of Mitchell, S.D.; and a brother, Jim North and wife RuthAnn of Fort Myers, Fla.; and numerous relatives and close friends.
She was preceded in death by her parents, Howard and Genevieve North; a brother, John “Buzz” North; a sister, Margaret Albertz; and a son-in-law, Greg Hall.