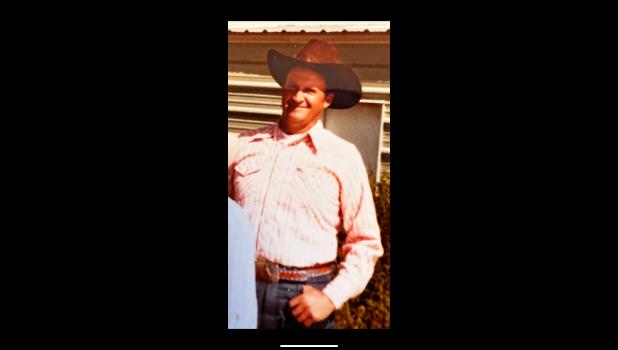 Robert Clark Calkins,83, of rural Ft. Pierre died at his home surrounded by his family on Thursday, September 8th.  A visitation will be on Thursday, September 15th from 6:00pm-7:00pm at the Pat Duffy Community Youth and Involved Center followed by a 7:00pm Rosary.  A Mass of Christian Burial will be held at 11:00am on Friday, September 16th at St. John’s Catholic Church in Ft. Pierre with burial at the Cedar Hill Cemetery.  The family invites you to a luncheon at the Moose Lodge following the burial.  For those unable to attend the services they will be live streamed on his obituary page at www.isburgfuneralchapels.com.
Robby Clark Calkins was born on September 21, 1938 to Evelyn B. Shay and Robert P. Calkins at St. Mary’s Hospital in Pierre, SD.
He grew up on a ranch south west of Ft. Pierre on Antelope Creek. He attended country school and later went to high school in Pierre at T.F. Riggs High School where he lettered playing football at least two years. After graduating high school, Robby went on to join the National Guard. He served in the 147th Artillery Unit in Pierre, SD for 9 years. He also ranched where he was raised until later as an adult, he moved onto the ranch they called Bruce Place.
Later, Robby met and married his first wife Bonnie in Ft. Pierre. They had one daughter Barb Calkins. They ranched for many years on the Bruce place. Later they divorced. Robby married his second wife Kim. They too lived on the Bruce Place until they divorced. Robby continued on at the Bruce Place alone with hired men to help him and keep him company. He maintained his father’s ranch at Antelope Creek and grew his ranch by raising Hereford cows and Angus cows. He also carried on the Warton Place and later bought Bear Paw Place. He enjoyed working the land and raising his cattle just as his father taught him to do.
Over the years, he worked at the Sale Barn in Ft. Pierre, was a long-standing member of the Farm Credit Union, belonged to the American Legion; the Moose Club; and other organizations.
Robby lived a long, full, and meaningful life. He was loved by many. We are so sad to see him go.
He is survived by sister Kay Venjohn, daughter Barb Stoeser, granddaughter Kie Stoeser, grandson Tyler Stoeser, three great-grandchildren, niece Robin Venjohn, four nephews: Bernie Klemann; Mike Klemann; Tom Klemann; and Wade Venjohn, two step-daughters, and five step-grandchildren.
He was preceded in death by his grandparents, parents, two sisters Arlene Calkins and Natalie Klemann, and two nephews Charlie Klemann and Micahel Klemann.