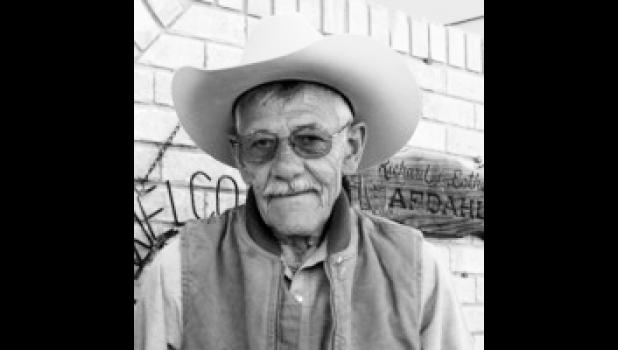 Nels Richard (Richard) Afdahl, of Spearfish, passed away on Thursday, July 16, 2020.
Richard was born September 20, 1933 in Faith, South Dakota. He is survived by Esther V. Afdahl, whom he married in 1964.
Richard was raised on the family ranch located near Maurine, South Dakota. As a young man, he worked for or helped many neighbors. He liked working with livestock and being outdoors. He worked various construction jobs, drove gravel trucks, and continued doing ranch work. In later years, Richard drove semi-trucks hauling livestock and also worked at the Faith Sale Barn. Richard and Esther owned their own ranch, which they sold in 1997 and began their retirement. Upon moving to Spearfish, Richard promptly developed a network of friends and worked for Jim Boke for more than 20 years performing a wide variety of ranch tasks.
In addition to his wife, survivors include: their two daughters, Cheryl (Jim) Heinzerling of Highlands Ranch, CO, Pat (Bernie) Woolschlager of James- town, NY; their two sons, Rich Yeager of Lincoln, NE, Curt (Renee) Afdahl of Metamora, IL; three grandchildren, Mandy Woolschlager Smith of Jamestown, NY, Eric Woolschlager of Jamestown, NY, and Trevor Heinzerling of Frisco, TX; two great-grandchildren, Austin Lindell and Colin Smith of Jamestown, NY; siblings George (Annelle) Afdahl of Faith, SD and Larry (Esther) Afdahl of Aberdeen, SD.
Richard was preceded in death by his parents, Nels and Elise Afdahl; three brothers Robert Yeager, Anson Yeager, and Iver Yeager; and son-in-law Bernie Woolschlager.
Richard belonged to Hope Lutheran Church in Spearfish and in particular he enjoyed, or as he would say, was “tickled by” young children in the church. Richard was truly a cowboy at heart and always dreamed of one final ride across the prairie to look at a beautiful sunset. Richard had a tendency to worry more about those around him than himself, and he loved to visit with people. His family will miss him and takes comfort knowing he can now rest in peace.
A Worship service will be held at 2:00 pm on Wednesday, July 22 at Hope Lutheran Church in Spearfish. Interment will follow in the Rose Garden in Rose Hill Cemetery following the service. In lieu of flowers, donations may be made to Hospice of the Northern Hills or Hope Lutheran Church in Spearfish.
Arrangements are under the care of the Fidler-Isburg Funeral Chapels and Isburg Crematory of Spearfish.