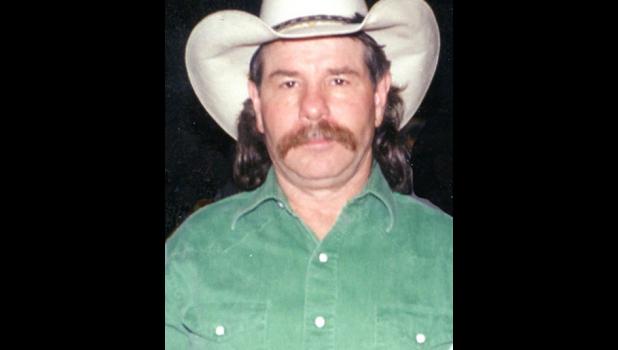 Greg Barber, age 72, of Interior, South Dakota, died on Monday, September 12, 2022 at his home in Interior.
On September 12, 2022, at the age of 72, this Badlands cowboy put on his Wranglers, boots, and hat and danced his way into heaven, finally being free of his broken earthly body full of pain and strife. He was at his home in Interior which is where he wanted to be regardless of health and living conditions. He had strength and courage beyond belief to take this journey and "do it his way". He is now reunited with his loved ones and back in the arms of his "mama" who he has dearly missed for 34 years.
Gregory Alan Barber was born March 23, 1950, to Elton and Lola (Alden) Barber.
In June of 1969, Greg married his high school sweetheart, Mary Richardson. In July 1969, their baby boy, Jamie Ray, was born and died shortly after birth. This tragedy was more than two young newlyweds could handle; therefore, their marriage ended.
Although Greg never remarried, he was in the process of joining his fiancé, Geraldine "Ginger" Examinida (Rebrab) and her two children in the Philippines and looking forward to enjoying married life. She was committed to taking care of him with his failing health. Once again, we are reminded when the good Lord calls, you just have to go...regardless of 'to do' plans.
Survivors include his siblings Maxine Boone of Rapid City, Ronnie Barber of Black Hawk, Mike Barber and his wife Judy of Tampa, Florida, Doug Barber of Rapid City, and Roxie Formanek and her husband Raymond of Philip; his faithful furry friend "Little Girl"; and a host of other relatives and friends.
Greg was preceded in death by his parents Harmon Elton Barber and Lola Lenora (Alden) Barber; his step-mother Mary Ann Barber; an infant son Jamie Ray Barber; a sister Arleen Gutila; a sister-in-law Barbara Barber; and a brother-in-law Joe Boone.
Due to circumstances, Greg was cremated. A celebration of life will be held 4-6 p.m. on Thursday, September 29, 2022, at what was famously and formerly known as Horseshoe Bar in Interior, which after 30 years was officially closed September 12, 2022, and is now an estate. This will be a time for those who would like to share memories, and those who would like to sing songs of remembrance are welcome. No better way to share than through music.
We will miss knowing Greg here on earth, but we also know that he struggled here, and so it was time for Greg to say "see you later".
"Those who died yesterday had plans for this morning, and those who died this morning had plans for tonight. Do not take life for granted."
Cards and memorials may be sent to P.O. Box 193 Philip, SD 57567.
Arrangements are with Rush Funeral Home of Philip.