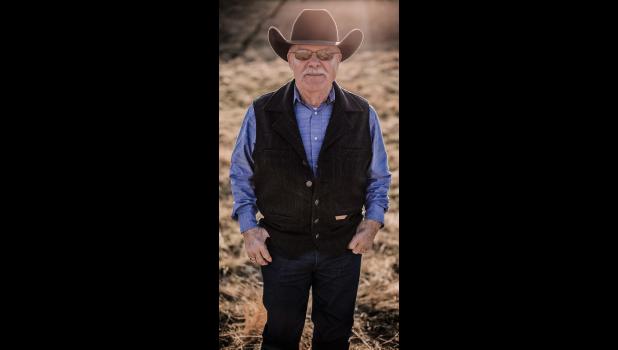 Gary Nixon, age 76, of Philip, South Dakota, died on Wednesday, September 14, 2022 at his ranch northwest of Philip.Gary Nixon was born in Chadron, NE on August 27, 1946 to Leo (Shorty) and Dorothy (Pete) Nixon. He grew up on the family ranch north of Cottonwood, SD. He was called home to work the cattle on the thousand hills of heaven, Wednesday, September 14, 2022.Gary attended elementary school at the Lincoln school north of the ranch. This and the ranch is where he developed his horse skills, riding to school every day. In 1964 he graduated from Philip High School. He was always very athletic and while in high school he participated in tumbling, gymnastics, boxing and rodeo.After high school Gary spent time on the ranch until he left for Basic Training in December 1965. While enlisted in the US Army he spent most of his time in Fort Bennig, GA and Fort Rucker, AL. Ironically enough, he was a helicopter mechanic while enlisted, because a mechanic he was not. While in Georgia he missed the cowboy life and was fortunate enough to find a family away from home that allowed him to ride some horses and continue to rodeo. He was honorably discharged in December of 1967 and made his way back to the ranch at Cottonwood.Gary loved ranching and cowboying. The standing joke was that if he couldn’t do it horseback it wasn’t his thing. In the late 60’s, after returning from the Army he attended horse shoeing school.While he was young his dad built him an arena so that he could develop his rodeo skills. He was a great roper, rode some bareback horses but his favorite was “the big man’s sport”, Steer Wrestling. He won many awards in the arena, but some highlights were in 1970, he had the fastest steer dogged in the SDRA, he was the 1971 SDRA Steer Wrestling Runner-up and in 1972 he won the Steer Wrestling year end in both the SDRA and NRCA. When Dick Ward announced Gary at rodeos he often said “This cowboy has muscles in places where most people don’t even have places.”In 1971, Gary married his best friend, love of his life and his cowgirl, Julie Jeffries in Belle Fourche, SD. These two were definitely each other’s soul mates. You rarely saw one with out the other. Boy could they dance! When they were on the dance floor people always watched them move seamlessly together. Gary and Julie made their home northwest of Philip on Deadman Creek working side by side ranching and raising their girls, Kellie and Mandie.Gary served as a director of the SDRA and later the SDHSRA. He was an outrider for many wagon trails. Gary was always willing to volunteer at youth rodeos by flagging and judging even while his grandkids were competing. He mentored many young cowboys through the years even hauling them with him when he was still going. So many people have told the family over and over again that Gary was their cowboy hero. He was a man of unmeasurable character, strength and kindness.He was a member of the American Legion Post 173, American Angus Association and AQHA. He was well known for his outstanding herd of Black Angus cows he built. He didn’t always do things the easy way, but it was the cowboy way. He drove a team of horses to feed with for many years, could make the tightest small square bales, the tightest gates and most even tight, fences, and the straightest stack of hay. He didn’t buy his first-round baler until the summer of 1994.He will be missed by so many.Survivors include his wife Julie; two daughters Kellie (Jason) Ostenson of Wall, and Mandie (CJ) Menzel of Philip; grandchildren Aleida (Cain) Fairbanks, Abbianna Weinzetl, Trevor Ostenson, Mason (Lauryn) Ostenson, JJ Ostenson, and Fallon Ostenson; and Tessa, Josie and Oakley Menzel; a sister Jeanni (Gale) Gossard of New Underwood; two sisters-in-law Janie McLean of Lake Elsinore, California, and Joy Jeffries of Newell; two brothers-in-law Zane Jeffries of Box Elder, and Kevin (Julie) Jeffries of Rapid City; and a host of other relatives and friends.He was preceded in death by his parents, grandparents and in-laws.A memorial will be established.Visitation was held 5-7 p.m. Sunday, September 18, at the American Legion Hall in Philip.Funeral services were held 10:00 a.m. Monday, September 19, 2022 at the American Legion Hall with Pastor Harold Delbridge officiating.Interment with military honors followed at the Masonic Cemetery in Philip.Arrangements are with Rush Funeral Home of Philip.