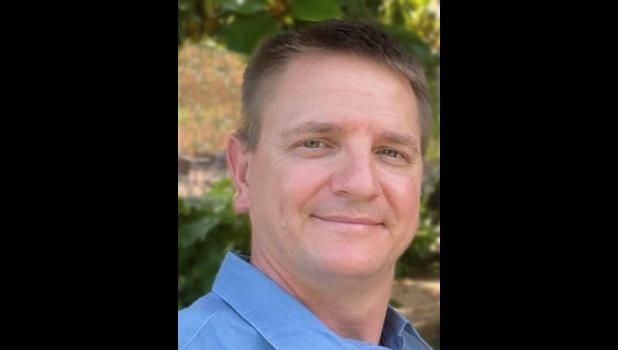 Graveside services with Military Honors for David C. Jensen, 47 will be held at Greenhill Cemetery, Lemmon, SD at 10:30 a.m. MT on Friday, October 7. Pastor Randy Eisenbeisz will officiate with Brattvet Green American Legion Post #66.
Following the graveside service, all are invited to meet at the Legion Hall for a time of fellowship, sharing, and a luncheon.
David C. Jensen was born to Eldon and Mary Jean (Steinheuser) Jensen on January 5, 1975, in Rapid City, SD. He spent his early years keeping up with his brothers, Derek and Greg, and sister Kari along with all the neighborhood friends in Lemmon, SD.
Dave attended Lemmon Public Schools and was proud to be on the undefeated Lemmon Cowboy Football team in 1993. He also qualified for the SD State High School Track Finals in four events his senior year. Many summer days were spent at the Jensen Cabin on Shadehill Lake. The “Jensen Water-Ski Training” taught many friends and family the art of enjoying being on top of the water.
Dave met the love of his life, Amber Christine Beld, in his teens and they began dating during high school. Their first official date was her invitation to the Bison prom. In the fall of 1993, Dave enlisted in the U.S. Army. He reported for basic training at Fort Benning, GA in August of 1994. He was named the Honor Graduate of his class in November and graduated from Jump School before leaving Ft. Benning. He was transferred to the 75th Ranger Regiment, Fort Lewis, WA. While with the Ranger Regiment he received advanced training around the world.
Dave and Amber were married in Washington on June 17, 1995. Their children, Jaleigh Bliss and Colten David were born on December 1, 1995, and April 8, 1999, while the family was stationed at Ft. Lewis.
In 2000, Dave graduated from West Virginia Assessment and Selection Operator Training Course and was assigned to B Squadron at Ft. Bragg, NC, where he served with distinction with the U.S. Special Operations Command. The family relocated to Fayetteville, NC, and then soon after to Whispering Pines, NC in 2001, where they lived the rest of their lives. They loved their neighbors, crossing the street to go down to Thagards lake, and their big backyard full of pine trees. Recently, they purchased an Airstream camper and enjoyed camping and traveling together, mostly up to Jordan Lake, NC, to jet ski on weekends in the summer.
Shortly after the 2001 terrorist attack on 9/11, Dave and Amber heard the following scripture in their church in Southern Pines, NC. Isaiah 6:8-9 “Then I heard the voice of the Lord saying, “Whom shall I send, and who will go for us?” And I said, “Here am I, send me!”. They knew the Lord was speaking to them both and, in a few short weeks, he left for the War.
Dave felt a huge calling to defend America, the country he loved so much. In October of 2001, he participated in the first military operation in Afghanistan. He was aboard the USS Kitty Hawk between deployments behind enemy lines. He completed several combat deployments while supporting Operation Enduring Freedom (Afghanistan) and Operation Iraqi Freedom while on active duty and as a civilian advisor.
After he was honorably discharged from the Army in 2004, Dave continued to consult with the U.S. Military joining the Wexford Group, Inc. serving with the U.S. Army Asymmetric Warfare Group. David later worked in Operations for the Joint Special Operations Command at Ft. Bragg. He excelled in everything he did while serving in the military and as an advisor.
In 2012, David was deployed to Afghanistan as an operational adviser for the Warfare Group alongside the 82nd Airborne Division. On September 10, 2012, David and Company C were set to fly out of Bagram Airfield with Afghan National Security Forces to conduct a partnered air assault operation in Parwan Province. During preflight, their Chinook helicopter was struck by an enemy rocket which set the fuel tanks on fire. Despite the high risk of danger and personal harm, David immediately began evacuating the wounded from the wreckage, saving the lives of four fellow soldiers. For his actions that night he was awarded the Medal for Valor, the highest civilian award given by the Department of Defense. He was recognized for his bravery in an awards ceremony at the Pentagon’s Hall of Heroes on April 14, 2014.
Dave passed away at his home in Whispering Pines, NC on Tuesday, September 6, 2022. He is survived by his children, Jaleigh Bliss Jensen (partner Alex) of Sandy, UT, and Colten David Jensen (girlfriend Dina) of Raleigh, NC; his parents, Eldon and Mary Jean Jensen of Lemmon, SD; brothers, Derek and Mitz Jensen of Marion, IA (Mackenzie, Whitney, and Jacob), and Greg and Tonya Jensen of Hettinger, ND (Ella, Laela, and Jaeda); sister, Kari Jensen and Kyle Thomas of Woodbury, MN (Olivia and Zachary) many cousins, aunts and uncles and extended family and friends. Also, his mother-in-law, Beth Hulm of Bison, SD; brothers-in-law, Jason (Wendi) Beld, Ryan (Raven) Beld, Jared Beld, and Kirk Hulm; and sister-in-law Kendra (Pete) Theobald.
He was preceded in death by his wife, Amber Beld Jensen, his beloved chocolate miniature Dachshund, Greta Bean; grandparents, J.P. and Ida Jensen, and Milton and Sylvia Steinheuser; uncles and aunts, Volmer Jensen and Dale Ingalls, Edwin and Althier Jensen, Edythe and Karl Dexheimer, Margaret and Ray Burnett, special cousin, Duane Ingalls, and too many military brothers.
Memorials have been established.