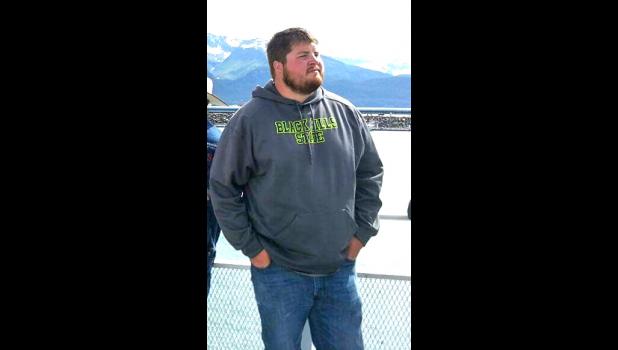 Toczek’s goal to be back teaching

By:
Chastity Julson
While the New Underwood Tigers’ football team begins a successful season on the field, the head coach who has invested in the team for the last two years continues to battle for a different kind of success from a room in Craig Hospital in Englewood, Colo.
Delmar “D.J.” Toczek has been hospitalized since July 8, when he was involved in a motor vehicle collision after the motorcycle he was riding was struck from behind on Interstate 90 in Wyoming, between the towns of Pine Haven and Sundance. The pickup driver, who was driving after drinking, was fleeing a Wyoming state trooper at the time of the collision.
Toczek was first transported to Rapid City Regional Hospital, where he remained until July 19. At that time, an infection he contracted caused him to be transferred to the University of Colorado hospital, where the infection was cleared up. Toczek was moved to the Craig Hospital, Edlewood, Colo.,  Aug. 1.
According to Amy Pisha, Toczek’s mother, receiving the news of the accident was life changing.
“It’s the call no parent ever wants to receive,” Pisha said.
Pisha and Toczek’s father, Bob Toczek, rushed to their son’s aid, and have made certain one of the two was there with him at all times. The two have alternated weeks with Toczek in order to ensure that one of them is always present. It means missing work, but it is a sacrifice Pisha and B. Toczek are readily willing to make.
“[The accident] was a wake-up call – it was time to get our priorities straight,” said Pisha.
The accident has proven to be life altering for the whole family. As Toczek battles through wound care, occupational, speech and physical therapies, his parents are going through training to teach them how to help Toczek integrate back into his normal life.
Speaking of the work, Toczek has to heal and to master what, prior to the accident, were basic skills, Pisha notes that his lifelong involvement in sports is serving him especially well during the recovery process.
“It helps that he has been in sports. He knows how to do the physical therapy,” Pisha said.
In keeping with the spirit of the New Underwood community, Toczek’s coaching staff and players have proven to be an integral part of his support team, according to Pisha. Coaches Brady Carmichael and Danny Anderson were regular visitors while Toczek was in Rapid City Regional, as were Toczek’s current and former players. Carmichael, Anderson and several players continue to stay in touch via telephone.
According to Pisha, Toczek is on a fast track for recovery. They anticipate that he will be released from the hospital mid-September, and the goal is to have him back for at least part time teaching within the fall semester.  New Underwood Superintendent George Seiler and Business Manager Irene Madsen have “been wonderful” as they work with Toczek’s family to ensure the best re-entry into teaching for Toczek, Pisha said.
Toczek will be able to serve the New Underwood community in his former capacity, but will also be able to further educate the community about tenacity, about healing and about the impact the decision to drink and drive can have on innocent people.