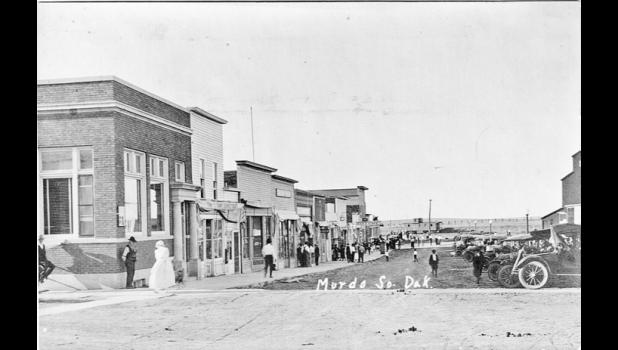 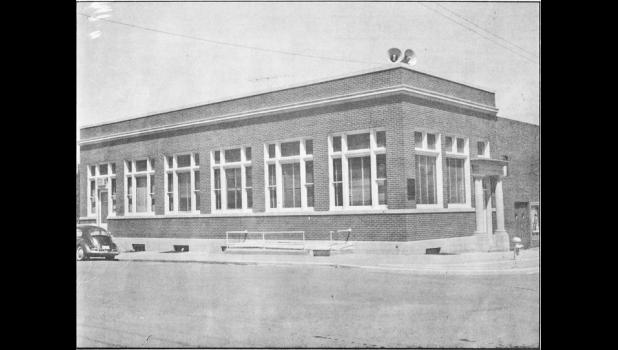 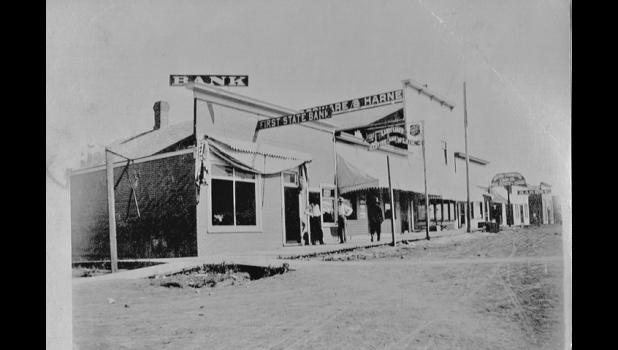 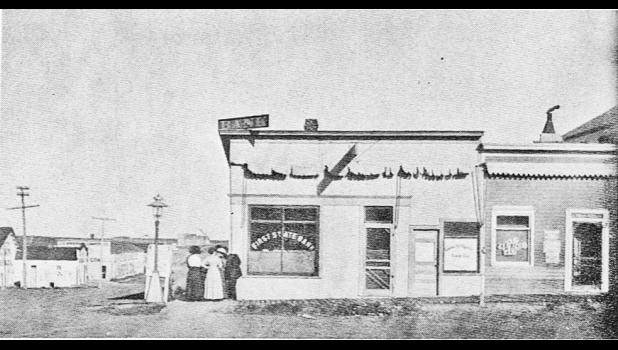 By:
by Rylee Metzger
Bittersweet emotion followed the teardown for many Murdo locals.
The echoing resound of demolition could be heard from Main Street in Murdo on April 17 as the former First Fidelity Bank building offered it’s final goodbyes, brick by brick.
During the fall of 2017, we Murdoites began following the progress of construction as First Fidelity Bank broke ground and began headway on a new building. Completed in mid-March by Cowboy Construction of Vivian, S.D., the bank was officially moved and opened for business on Monday, March 19.
The new structure is located directly north of the old bank and Turner Youth Center on Main Street. The old bank and theatre were recently tore down creating  space for a drive-up window and parking lot at the new bank location.
Bittersweet emotion followed the teardown for many Murdo locals. Through the transition many photos and memories of the old brick bank and it’s origin have come to surface. Gone but not forgotten, history always has a way of keeping memories alive.
During the spring time of 1906, 112 years ago to be exact; the city of Murdo saw a bank first open it’s doors here in town. First State Bank began business at it’s original Main Street corner location (where the West Central electric building currently sits) on March 15, 1906. At this point in time the capital stock was $5,000. John R White served as the first president of First State Bank, William Smith was vice president and the bank’s first cashier was Everett White.
On July 24, 1917, the bank called for a special meeting where they voted to change the name of  the bank from “First State Bank” to “Jones County State Bank.” In the 1917-1918 time frame following the name change, the bank moved from it’s original location to the old Texaco station site on Main Street in Murdo. Not long after this move, planning was put into motion for the construction of a brand new bank building.
An article from the Murdo Coyote (circa 1920) states December 11, 1920 as move in day for the Jones County State Bank. The article describes the new brick bank as, “One of the finest buildings in western South Dakota. Modern in every respect, and a credit to the town and community which it will serve. The new bank is a brick structure 70 x 25 feet in size, full basement, heated with a vapor steam heating plant, wired for electric lights and fitted out with fixtures of the most expensive nature, and contains a new set of modern safety deposit boxes in a large bank vault.”
In October of 1949, L.L Lillibridge and Associates of Burke, S.D. purchased Jones County State Bank. It wasn’t until 1972 that the building underwent a remodel project to update the upstairs, downstairs and exterior of the bank. 1972 was also the year that the bank’s name changed for a second time from “Jones County State Bank” to “First Fidelity Bank.” From 1949 to current day, the bank has remained under the ownership of the Lillibridge family. George Kenzy, Chairman, President and CEO, is the fourth generation to be involved in the business.
Take a moment to stop on Main Street in Murdo to appreciate the new First Fidelity Bank location and it’s convenient modern amenities.
Perhaps  one day, even a hundred years down the road, folks will be researching the history of the old First Fidelity Bank building, opened March 19, 2018.