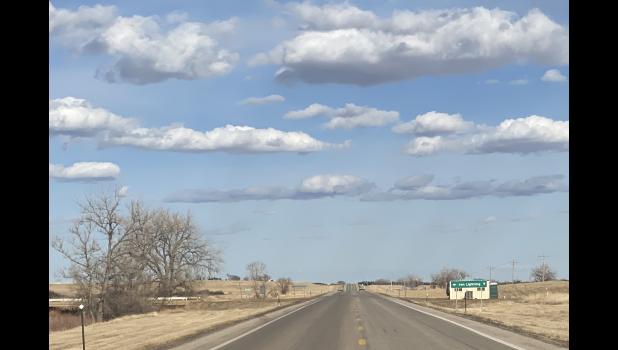 By:
Krissy Johnson
It was in the April 8, 2020, edition of the Faith Independent when an article was first recorded regarding the Cheyenne River Sioux Tribe(CRST) checkpoints set up on highway 212 and other entry/exit points of the reservation. The checkpoints had gone up in March of 2020 with many questions regarding why, where, and how long.
While there are many untold stories of checkpoint experiences, a few did made headlines along the way. At one point the State of South Dakota, BIA, and CRST were exchanging letters on the subject of checkpoints on State Highways.
As schools, businesses and even the reservation itself were closed or quarantined for varying lengths of time, the checkpoints remained in place. Information was recorded and motorist were either allowed to pass through or in many cases were turned around to find another route to the their destination, all in the name of flattening the curve.
As of early last week the checkpoints were removed. The cones, employees, lights and signs were collected and removed just as fast as they were put into place over 1 year ago.
Did it help? Did it hinder? Ultimately, that is an answer that varies depending on who you ask. While opinions widely differ on the checkpoints, one thing that can be agreed upon is that current Covid-19 levels on the CRST reservation as well as nationwide are currently much lower now vs. when the checkpoints were put into place.
As 2020, 2021, and COVID-19 have etched their way into the history of the world over, everyone remains hopeful of a future free of checkpoints and COVID-19.