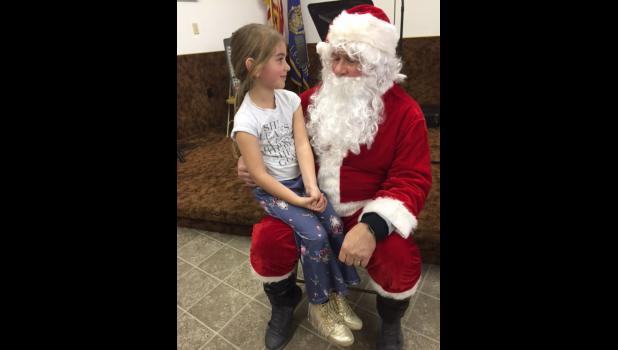 The spirit of Christmas was upon those in attendance at the 2nd Annual Yule Duel. The Bison Commercial Club and the Feed Lot sponsored this year’s singing charity event held at the American Legion on December 8th. Hot chocolate and hot apple cider were available as well as sweet treats, and Santa Claus made a special guest appearance. There were five entries in this community charity event where each participant was performing to earn cash for their church or a charity of their choice. The audience voted in the form of monetary donations.  When the results were added, Lila Besler had the most money in her bucket, which secured the American Lutheran Church $500. The group winning $300 for the Bison Public Library, was Justin Seim and the Outlaws.
Submitted by Jaylie Beckman, BHS Photojournalism Class